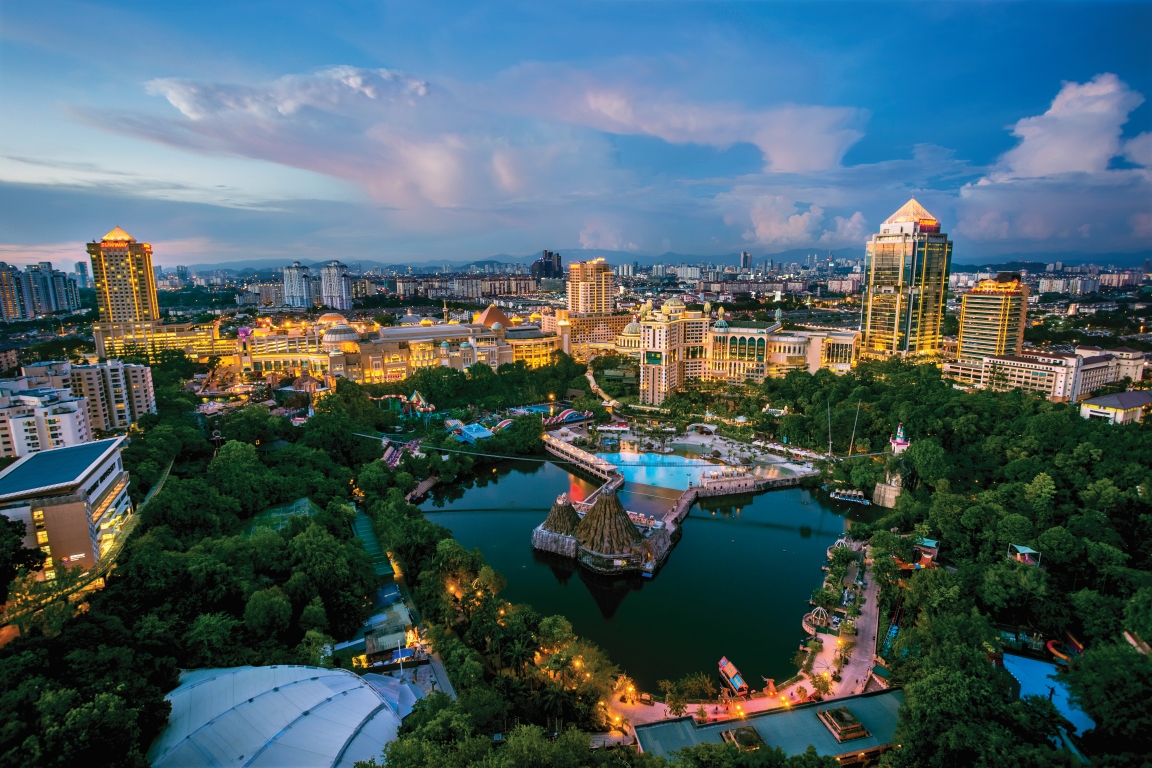 “Selamat Datang”
or Welcome to Malaysia!

HAVE 2019 will take place in Kuala Lumpur, Malaysia at Sunway University.

Learn More about the Venue

For over 600 years, Malaysia has welcomed visitors from around the world, thanks to its location at the centre of the major trading routes between Asia, the Middle East and the West. Along with the visitors, Malaysia has also welcomed their different customs and cultures, making its population a microcosm of Asian cultures with a rich multicultural mix of Malay, Chinese, Indian and indigenous tribes. This has created a melting pot of customs, cuisines, languages, lifestyles and cultures. It is easy to see why English is widely spoken here and why most Malaysians are multilingual. Malaysia’s bustling economy is at the heart of the world’s largest economic growth region. 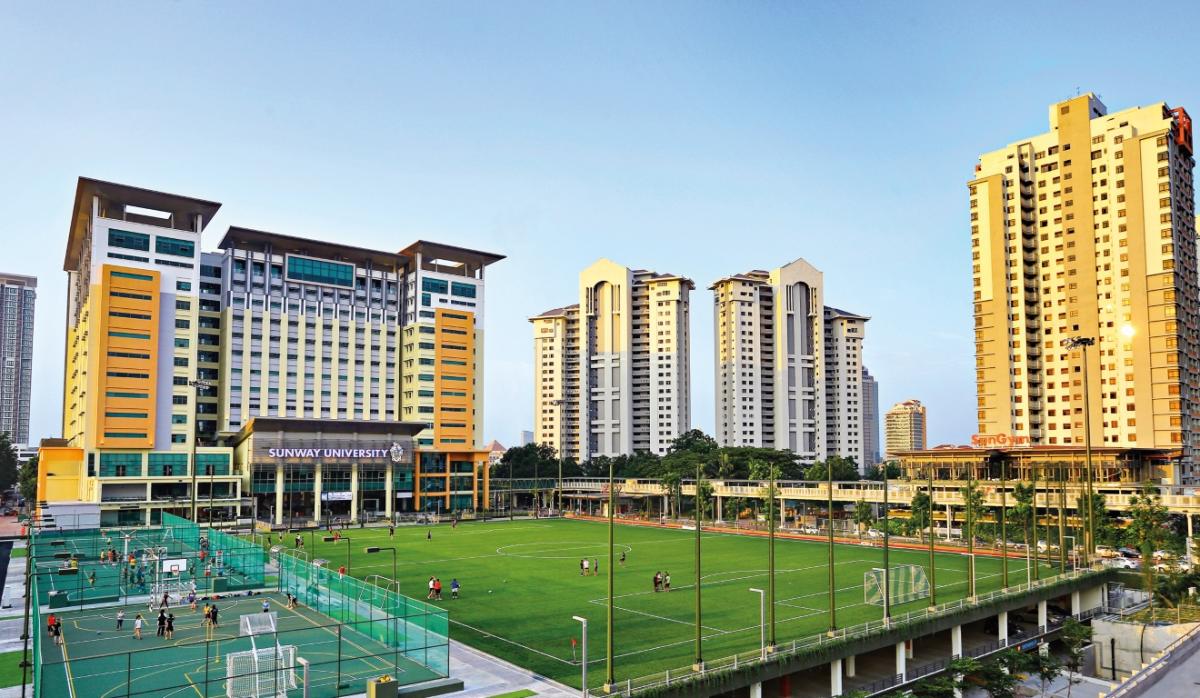 Malaysia’s multicultural society makes it one of the most tolerant and accepting societies in the world. Because of this, its people respect differences while celebrating similarities which helps unify the nation. This diversity is evident in many facets of the society. As a result, Malaysians are peace-loving by nature and are renowned for their hospitality towards visitors from around the world. Because of these attributes, Malaysia is increasingly being chosen as the first host destination within Asia for international convention organizers.

As the nation’s capital, Kuala Lumpur is a major cultural, financial, economic and education centre for the South East Asia Region. The city is a kaleidoscope of fascinating sights and sounds, with all the buzz of a modern city, yet rich in culture and heritage. You will find some stunning contrasts in this city, on one end of the spectrum there’s the modern PETRONAS Twin Towers and on the other, there are numerous pre-war heritage buildings, which reflect Kuala Lumpur’s rich past, juxtaposed nicely with the modern architecture. Today, 1.6 million people from all walks of life call Kuala Lumpur home while the surrounding area is home to an estimated 7 million people with diverse ethnic mix of Malay, Chinese, Indian and indigenous cultures. The city boasts a comprehensive and very affordable transportation network that makes getting around hassle-free including light rail, monorail and taxi. With massive investment in venues, transportation and technological infrastructure over the last two decades, Kuala Lumpur is fast becoming a popular destination for major events and conventions.

Value for Money and Safety

Malaysia experiences a warm tropical weather all year round. Temperatures range from a low of 21°C (70°F) to a high of 32°C (90°F) with little variation throughout the year. In Kuala Lumpur city centre, a network of covered and air-conditioned walkways have been constructed to provide convenient pedestrian access to venues, accommodation, retail and entertainment precincts.

Malay or “Bahasa Melayu” is the official language in Malaysia, but communicating should not be a problem as English is widely spoken here. In fact, Malaysia was ranked highest in the English Proficiency Index 2012 among non-native speaking Asian countries and the only country outside Europe.

The local currency is the Malaysian Ringgit (RM). Money changing services are available throughout the city including KLCC, KLIA Airport and the surrounding areas.You may also choose to withdraw money using major credit cards (Visa, MasterCard, American Express) from any automated teller machines (ATMs), which can be easily found throughout the city.

Getting Around Kuala Lumpur

Most visitors arrive by air at one of the six main international airports in Malaysia. The main gateway is the Kuala Lumpur International Airport (KLIA) at Sepang in the state of Selangor, just to the south of Kuala Lumpur. The rest of the country, including Sabah, Sarawak and the Federal Territory of Labuan in East Malaysia is well serviced by 14 domestic airports.

To meet the increasing demand for budget carriers, a brand new airport, KLIA 2, located conveniently 2 kilometers away from KLIA provides seamless connectivity for both local and international low-cost full-service carriers.

From KLIA, delegates are also able to fly directly to other major destinations in Asia Pacific such as Hong Kong, Singapore, Thailand and also to Middle East where they can be connected to the rest of the world!

From the KLIA/KLIA 2, there are several options to reach the Conference venue - Sunway University:

Once in Kuala Lumpur, getting around is relatively easy! Metered taxis are the most widely and easily available transportation in cities. Minivan type taxis are available to transport larger groups. Most hotels have their own limousine or their concierge can flag down or call for radio taxi service. Taxi fares in Malaysia are calculated according to meters.

The flag-off fare for taxis is USD0.90 and passengers will be charged USD0.03 for every 115 meters thereafter.

Other additional charges include road tolls, USD0.60 for telephone bookings and a 50% surcharge is levied between midnight and 6.00 AM.

An additional USD0.30 is charged on 3rd adult passenger (max 4) and/or baggage.

There is a system of Light Rail Transit (LRT) and a monorail service in Kuala Lumpur. These are two metro systems providing light rail services in Kuala Lumpur (the KELANA JAYA and AMPANG lines). The monorail is an inner-city public transit system that serves the central business, hotel and shopping districts of Kuala Lumpur. The costs of the services range from USD0.20 to USD1.50. The operating hours are from 6am until 11pm. For more information, visit http://www.myrapid.com.my/ Go-KL city bus is a free bus service which caters for both visitors and residents of Kuala Lumpur. Comfortable, air-conditioned, pink coloured single-decker buses now cruise two circular routes covering many of the main sight-seeing attractions in the heart of the city. The buses, which are disabled-friendly, run at five minute intervals at peak periods and every 15 minutes at other times. They operate from 6am until 11pm. For more information on the Go-KL City Bus, visit www.facebook.com/goklcitybus

HAVE 2019 welcomes visitors from around the world. We have compiled a list of resources to help make your travel and conference experience as convenient and successful as possible.

The letter will be provided ONLY by email. The Conference cannot contact or intervene with any Embassy or Consulate office abroad on your behalf so please begin your visa application process as soon as you determine that you wish to attend HAVE 2019. Please provide as much information as possible to avoid delays in receiving your letter. You must register for the conference and pay in full before requesting an invitation letter.

Consult the following on-line sites for more information on Visas:

Do you need a Visa?

For information on travel without a Visa

For questions about Visas